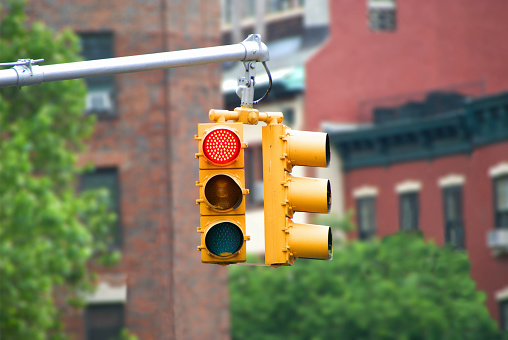 A car accident lawyer reveals what drivers need to know

Most drivers are responsible and come to a complete stop for red lights, waiting for the light to turn green before moving again. But there are some drivers who run through red lights. This is an exceptionally dangerous behavior that greatly increases the risk of people getting severely injured or killed in a car accident.

Red-light cameras could be a possible solution

Among its “Top 10 Reasons to Stop on Red,” NCSR notes that 846 people died and 143,000 injured due to red-light running in 2019. Over half of the deaths in these crashes were pedestrians, bicyclists, and occupants in other vehicles, the organization says. It promotes “National Stop on Red” week every August.

NCSR has called for the use of red-light cameras and other technology at dangerous intersections to help combat the problem. According to NCSR president Melissa Wandall, the cameras can save lives by changing bad driving behavior and reducing collisions caused by drivers who run red lights,

Red light cameras are currently not allowed in the state of Indiana.

Drivers continue to run red lights in Fort Wayne, Indianapolis, and throughout the entire state of Indiana. These drivers cause accidents that leave people injured. An injury can change someone’s life in seconds. They need medical treatment and may not be able to work. Medical expenses can add up quickly and become overwhelming.

Running a red light is against the law and is a clear act of negligence, but for the victim, recovering financial compensation isn't always an easy process.

Negligent drivers often deny doing anything wrong and don’t accept responsibility. They may even try to blame other drivers for what happened. Insurance companies, in an effort to protect their profits, often look for ways to pay as little money as possible. They may question the seriousness of a victim’s injuries or argue that they were pre-existing.

That’s why you need a car accident lawyer on your side to protect your rights and fight for the compensation you're entitled to. At Glaser & Ebbs, our law firm has been serving clients in Indiana since 1990. We know the impact that injuries from a crash can have on victims and their loved ones. That's why we build strong, compelling cases for maximum compensation.

We know the legal system in Indiana and we know what it takes to win. If you’ve been injured in a crash in Fort Wayne, Indianapolis, or anywhere in Indiana—we are ready to help. Contact us today to schedule a free consultation at one of our office locations.