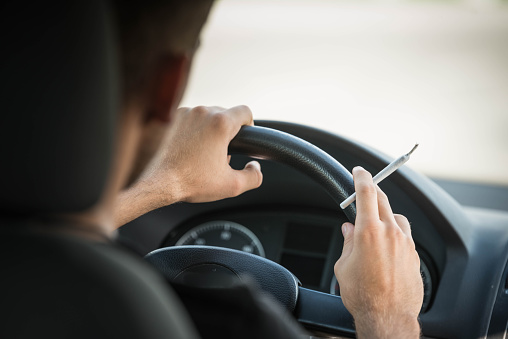 Indiana recently adopted a new driving under the influence (DUI) law that applies to drivers who have smoked or consumed marijuana and still have marijuana in their blood system, according to WTHI 10 News in Indiana.

Indiana Senate Bill 201, which went into effect on July 1, 2021, changes the previous law, which had made it a felony for any driver found to have marijuana in their system, even if they consumed marijuana several days ago. Now, drivers who do not cause an accident or do not show any signs of impairment from marijuana will not be charged, according to the new law.

However, recreational marijuana use remains illegal in Indiana. And many of the laws regarding accidents caused by drivers under the influence in Indiana remain in effect. That’s why it’s critical for injury victims to fully understand their rights.

What are my legal options if get hit by an impaired driver?

First, it’s important to understand that Indiana has a fault-based insurance system. This means the at-fault driver’s insurance company is generally responsible for providing compensation to victims for their damages (accident-related expenses).

If a driver under the influence of alcohol, marijuana, or another drug causes your accident in Indiana, you often have several options available for obtaining the financial compensation you deserve for medical bills, vehicle repairs, replacement income if you cannot work while you’re recovering from your accident, and other accident-related expenses.

In each case, an attorney can help you decide which approach makes the most sense for your particular situation.

How a car accident lawyer can help you

Having an experienced attorney on your side can be helpful for many different reasons. Your lawyer can conduct an independent investigation, calculate the true cost of your accident, build a compelling case on your behalf, deal directly with the at-fault driver's insurance company, and serve as your voice for justice. Most importantly, your attorney can fight for the financial compensation you rightfully deserve.

At Glaser & Ebbs in Fort Wayne, our dedicated legal team can help you every step of the way. We’re familiar with the ever-changing state and federal laws that apply to DUI accidents in Indiana. We know which strategies can be the most effective when dealing with insurance companies. That’s why we have such a strong track record of success.

Learn more about how we can help you and contact our law firm to schedule a free case evaluation. We have six Indiana offices, including locations in Fort Wayne and Indianapolis.