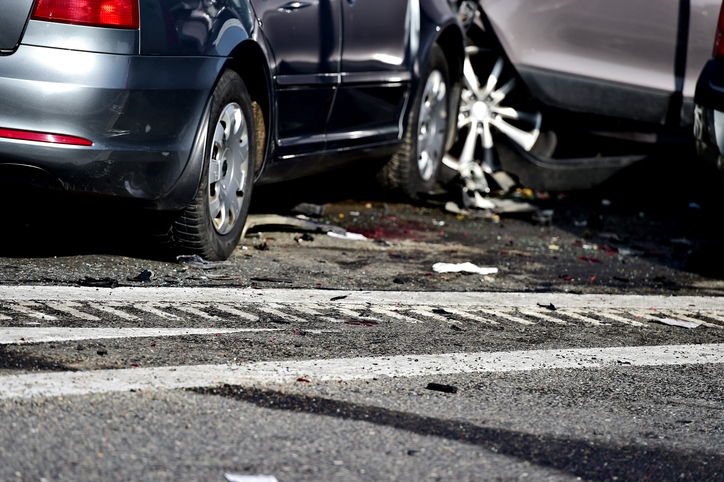 Attorneys explain what you need to know about multiple-vehicle accidents

A 19-year-old Fort Wayne driver was recently killed in a two-car, high-speed collision in Fort Wayne. Such accidents illustrate the hazards teenagers face on the road, along with why high-speed, multiple-vehicle accidents can be so dangerous, according to a car accident lawyer who handles these types of cases in Fort Wayne and throughout Indiana.

The fatal accident happened on Saturday, June 19 on Paulding Road, according to WANE 15 News. The 19-year-old driver who was killed was turning onto Paulding Road from a side road when the young driver’s vehicle collided with another vehicle traveling east on Paulding Road at a “very high rate of speed,” according to police. The 19-year-old driver was ejected from his vehicle and sustained multiple injuries. The young driver was transported to a nearby hospital, where he was later pronounced dead. The accident remains under investigation.

How common are multiple vehicle accidents?

Those figures are roughly the same in Indiana. In our state, 49 percent of fatal accident involve one car compared to multiple-vehicle accidents, which account for 51 percent fatal accidents in the state, according to the IIHS.

No matter what type of accident, speed is often a contributing factor. Roughly 1 out of 4 fatalities each year in Indiana involve a driver exceeding the speed limit, according to statistics compiled by the National Highway Traffic Safety Administration (NHTSA).

As for accidents involving teen drivers, they face some of the highest risks of any drivers on the road. Nationwide, motor vehicle accidents are the second leading cause of death among 13 to 19 year olds, according to the Centers for Disease Control and Prevention (CDC). An estimated 2,400 teenagers are killed and 250,000 require emergency medical care each year due to injuries sustained in car accidents, according to the CDC.

Why do two-car accidents happen?

Accidents involving two vehicles often occur because one driver was behaving a reckless or negligent manner. Some of the reasons why include:

Why should I hire a lawyer?

Our experienced Fort Wayne attorneys at Glaser & Ebbs, Attorneys At Law know how to handle tough legal cases throughout Indiana. When insurance companies refuse to cooperate at the negotiating table, we won’t hesitate to file a lawsuit. We can also take other legal action on your behalf. Our team of trial lawyers has more than 100 years of combined legal experience. We will fight for the money injury victims rightfully deserve.

Get the law firm that gets results in Indiana. Contact us and schedule your free case evaluation right now. Our law firm has offices conveniently located throughout Indiana, including offices in Fort Wayne and Indianapolis.