What drives people crazy the most on the road? The answers might surprise you. According to a recent study, it’s not speeding drivers or aggressive drivers that fuel road rage. Right at the top of the list is distracted driving, along with not using a turn signal, tailgating, driving slowly, and other annoying driving habits. 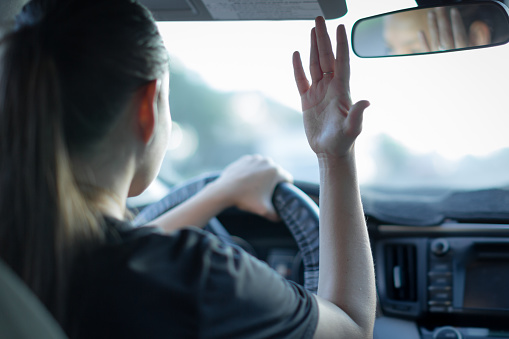 “Distracted driving is the #1 source of anger or frustration,” according to the authors of the study published by The Zebra.

Then again, for anyone who has been in a car accident caused by a distracted driver, it’s easy to understand why motorists get so mad at other drivers not paying attention behind the wheel.

The Zebra study focusing on what annoys drivers the most collected data from 979 drivers nationwide late last year. Drivers participating in the online study drive at least once a month and range in age from 17 to 85 years old.

According to people who filled out the survey, 35 percent drive less than they did before the start of the pandemic. Another 52 percent drive the same amount, while 13 percent said they drive more.

Other common reasons why drivers get frustrated or annoyed according to the 2021 study include:

How common is road rage?

Road rage happens more often than some people might realize. According to The Zebra study, 95 percent of drivers observed examples of road rage and aggressive driving in the past year. In particular, 82 percent of drivers witnessed another driver change lanes without signaling.

So what do drivers do in response? Most drivers don’t report incidents of road rage or aggressive driving. Only 1 in 5 drivers surveyed who said they witnessed road rage reported the incident to the police. Interestingly, nearly the same number of drivers – 1 in 4 – said they now carry a weapon of some kind (especially pepper spray) in case they encounter an angry or dangerous driver.

How can a lawyer help?

Car accidents involving road rage, aggressive driving, or other reckless behavior can be complicated legal cases. Your legal options might not be clear. That’s why it’s critical that you talk to an experienced attorney as soon as possible to learn more about your legal rights.

The Fort Wayne car accident lawyers at Glaser & Ebbs can help you every step of the way. We have more than 100 years of combined legal experience handling car accident claims for injury victims in Indiana. We know how the legal system works and what it takes to build a strong legal case.

Don’t underestimate the complexity or the seriousness of your injury claim. Get the help you need to get your life back on track. Contact our law firm and schedule your free case evaluation with an Indiana car accident attorney you can count on. Our law firm has six offices conveniently located throughout Indiana, including Fort Wayne and Indianapolis.