Robert H. Ebbs is one of the founders of Glaser & Ebbs, the highly respected Indiana law firm. 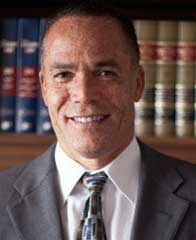 Robert was admitted to the Indiana State Bar in 1990. He was also admitted to practice before the U.S. District Court – Northern and Southern Districts.

Robert serves on the board of Directors for the Indiana Trial Lawyers Association. Glaser & Ebbs has been an “A+” rated BBB Accredited Business since May 11, 1995.

To learn more about how attorney Ebbs can assist you with your legal matter, contact our law firm and schedule an appointment at one of our Indiana offices located near you.