Elizabeth R. Scherer is a lawyer at Glaser & Ebbs in Indiana. 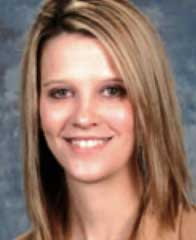 Elizabeth was admitted to the Indiana State Bar in 2013. At that time, she was also admitted to practice before the U.S. Northern and Southern District Courts. Elizabeth received her legal education from IU Robert H. McKinney School of Law, where she was a member of the Health Law Society and received a Graduate Certificate in Health Law. Prior to law school, Elizabeth graduated from Indiana State University with a Bachelor of Science in Nursing (B.S.N., summa cum laude, 2010). Elizabeth is a native of Decatur, Indiana, and a 2006 graduate of Bellmont High School. She is currently a member of the Allen County Bar Association and the American Bar Association.

To learn more about how attorney Scherer can help you, contact our law firm and schedule an appointment at one of our Indiana offices located near you.